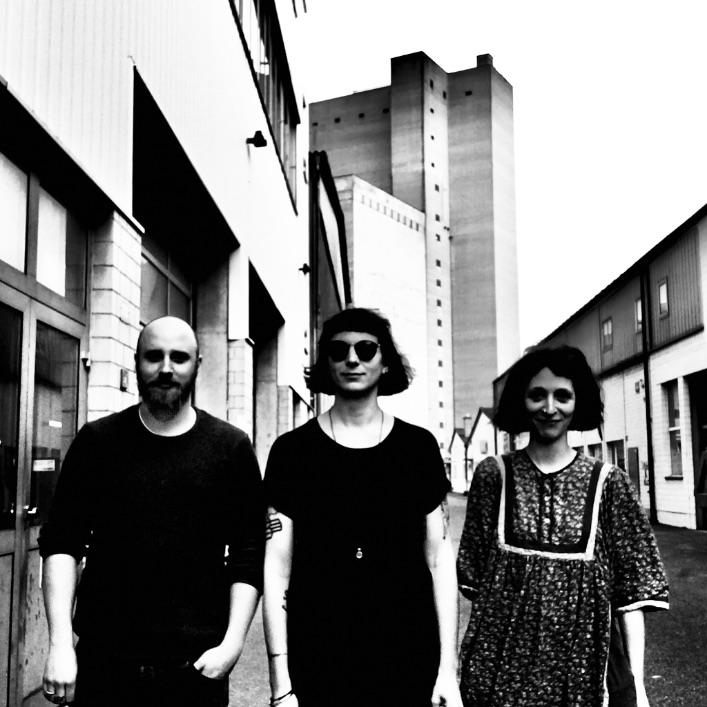 Asbest (the German term of Asbestos) is a fibre that is part of the structure and yet its existence is undesired. As soon as an attempt is made to remove Asbest, it becomes harmful. Asbest is the systems own inherent contradiction.

Asbest use different musical styles which share a certain aggressiveness. Post punk, noise rock and shoegaze are the cornerstones. This melange is an angry to desperate reaction to the general events of our time, but it also reflects Trachsel's personal experiences as a trans-woman in a cis- and heteronormative society. Accordingly, Asbest display an urgency and ennui that is omnipresent.

"Driven", at the same time the opener of the album and a noise-rock thunderstorm which turns into a veritable doom piece towards the end, stands for Sturm und Drang: to simply do it, no matter what the consequences might be. This can provoke the loss of control and indeed letting go is the theme throughout the songs that follow. Including the slow moving and aptly named Chain Reaction with the lines "I'm knocking over. A chain of dominoes. That has been standing there long before it fell". But as little as there's control over the falling of the stones, the more the course can be set when setting up the route. Driven isn't just shouting out loud: "by illuminating the particular we criticize the general: we criticize the repressive form of society using the gender discussion as an example."
The complexity of thoughts driving Trachsel is also reflected in the music. Asbest neither stop at the styles mentioned above, nor do they shy away from jazz elements like the 13 bar walking bass in "Means Of Reproduction", or the atmospheric "I Need A Spacesuit To Leave Home" which could serve as the second part of "Message To Harry Manback" never written by Tool.

Next to the regular version the LP will be released in a limited edition of one hundred white and black marbled vinyl copies, together with an equally limited tote bag.