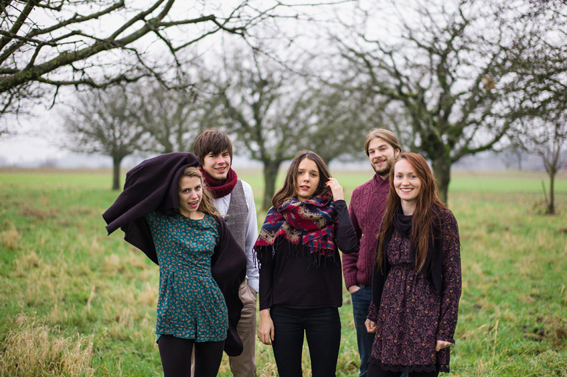 The extremely soulful vocals and often socially critical lyrics surrounded by cello, contrabass, guitar and cajon are leading you through a soft but serious dream of how they see the world.

Serafyn, a five-piece folk-pop band which started off as a busking group touring through Europe in June 2013. Ever since they've been busy jumping at opportunities to perform, ready to turn any kind of venue into their own stage - alleyway or festival. Their first recording "Take To The Skies" was catching on with the crowd from Soundcloud immediatley after British singer-songwriter "Fink" shared the song on his profile. Within only a few months they received more than 100'000 clicks. The comments were overwhelming and came from everywhere in the world. "Take To The Skies" was released on June 23rd 2014 through Czar Of Revelations as a digital single worldwide. This song and their second single "Go Down North" has been played on various radio stations across Europe.

Czar Of Revelations is proud to release their beautiful debut EP "Quantum Leap" on CD.