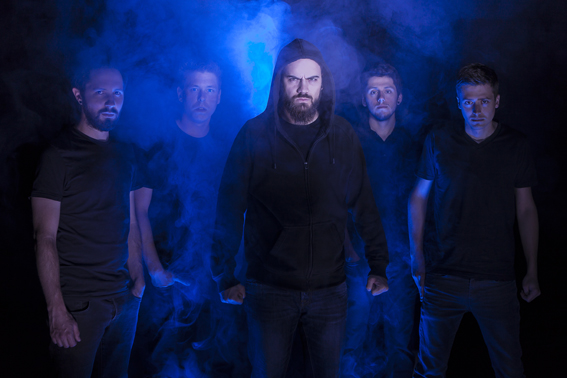 Formed in 2007 in Lausanne, When Icarus Falls materializes the exploration of dark musical universes, oscillating between hazy atmospheres and heavy riffs. When Icarus Falls' musicians are well known for their intense stage performances, which brought them many times on the roads throughout Europe and China. The Swiss quintet has released three albums: Over the Frozen Seas in 2009 (Get a Life ! Records), the concept album Aegean in 2012 (Headstrong Music), describing the five stages of dying according to the work of the renowned psychiatrist Elisabeth Kübler-Ross and Circles in 2014 (BlueWave).

After over a decade focused on brutal musical landscapes, it was time for When Icarus Falls' members to change their perspective and deliver the band from its constraining universe. The band's fourth release – Resilience (Czar of Crickets Productions) – illustrates by itself the major artistic turn of When Icarus Falls. It proudly integrates and combines inspirations from touareg blues, jazz and electronic music into a post-rock framework. Recorded by Chris Noth at Bikini Test (La Chaux-de-Fonds, Switzerland), mixed and mastered by Magnus Lindberg, this album features aerial and transcendental music which transports the mind into imaginary and bewitching desert landscapes. Resilience highlights the maturity of the band, bringing a new breath in the gloomy world of When Icarus Falls.