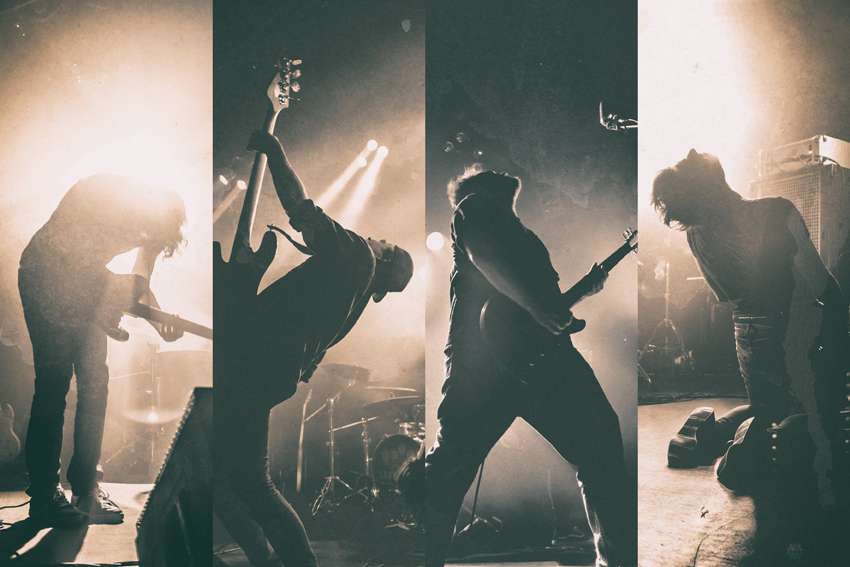 Releasing their debut album in 2015 on Hummus Records after a few demos, NevBorn is a band from west Switzerland that has never stopped to evolve, change, and expand.

Now composed of five different but determined minds, their music is inspired of numerous types, such as no one has never succeeded in defining them in one and only one word. Many tried though: “NevBorn's music is a heavy/ambient amalgam … with neatly layered instrumentations that evoke all kinds of sonically emotive provocations…” (Metal Discovery, 2015), “…Five Horizons (debut album title) with its bright and abrasive melodies that combines post sounds (hardcore, metal and rock) in an optimal way” (The Pit of the Damned, 2015), “NevBorn might have started a musical trend without realizing it” (Core and Co, 2015).

Twisting listener’s senses by mixing their emotions of all kinds, NevBorn has got much more aggressive as they have never been that still. Betting on style-alternating patterns, just the once won’t hurt, they have thoroughly worked the last year to finally reveal their new project they signed on both Cold Smoke Records and Czar of Crickets.