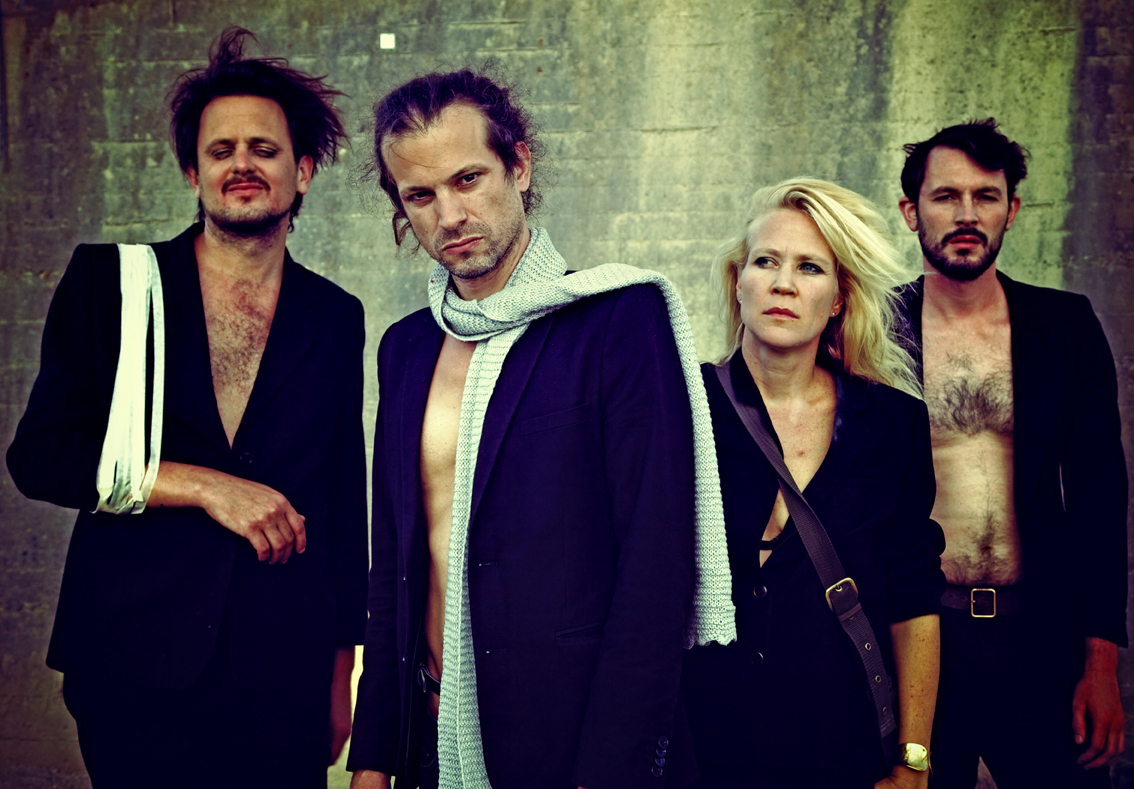 «It was so beautiful …» sings a deep female voice accompanied by hypnotic sounds, mystic blues and cinematic soundscapes. It’s a sound that makes your blood run cold while simultaneously sending comforting shivers down your spine. Just as if Nick Cave became one with his female duet partners from «Murder Ballads» – a kind of symbioses of man and woman reciting songs about the dark sides of the human soul and the lightness of being. A melancolic soundtrack, in the manner of Enrico Morricone, a soundtrack to an inner movie about raptures, scars and blank spaces, about fading, remembrance and longing unfolds before our ears: Welcome to the universe of «Scratches» ladies and gentlemen.

Scratches is a four piece band out of Basel, that was founded in 2010 following the collaboration of theater director and singer Sarah-Maria Bürgin and guitarist and theater composer Sandro Corbat. The two started off as a duo playing obstinate coverversions of known songs, quickly developed their own signature and distinctive style and earned widespread recognition with their debut album «Fade» in 2014. 2017 marks the release of their second album «Before Beyond» and the band, that turned into a quartet with bassist Marco Nenniger and drummer Jonas Prina joining in, is more than ready to conquer the musical world with their timeless sound.

They have come a long way in search of their own sound, especially singer and mastermind Sarah-Maria Bürgin. As the daughter of aid workers she spent her childhood and schooldays in Africa and Asia and later worked as director and actress in Hamburg. The countless languages she came across during her travels left as much of a mark on her take on music as did theater and film and it’s no surprise that the songs of Scratches sound like a soundtrack to an imaginery movie. A movie, mind you, as gloomy and mystic, sparse and uncompromising as a Jim Jarmusch, with the bizarre and fantastic powerful images of a Fellini, the earthy almost brutal roughness of a Morricone-western or the hypnotic poetry of blurry 70ties erotic films.

With their second album «Before Beyond», which will be released on the Basel based label «Czar of Crickets» at the beginning of January, Scratches go a step further: Written in September 2015 at an old country estate in Brandenburg, the album was recorded by Timo Keller (Hanreti – Studio Vom Dach, Luzern) and Jonas Prina (Tonatelier Ziegelei, Basel) and coproduced, mixed and mastered by Darren Hayne (Shirley Grimes, uva). The ten new songs capture their well-known austere beauty but bring the sound aesthetic to yet another level. Avantgarde pop, melancholic wave, mystic blues? Even though Scratches are still operating pretty far off the beaten tracks of pop- and rockmusic, «Before Beyond» seems to be drawn to the light and the big stage much more than its predecessor.