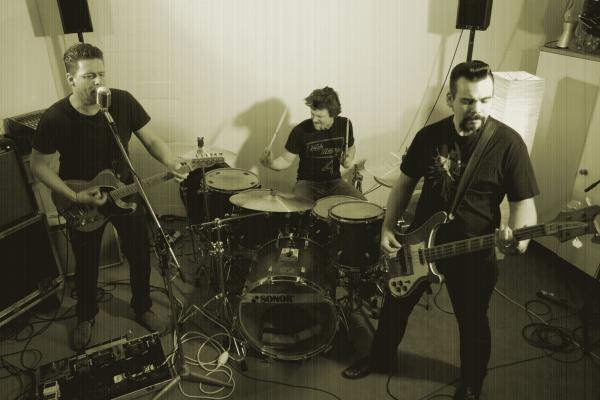 King Legba & The Loas was formed in summer 2011 by Marco Grementieri (bs, voc), Mike Isenegger (dr, voc) and Tobi Glanzmann (voc, guit) in Basel, Switzerland. All three bandmembers are well seasoned musicians who were active in several bands like "Zatokrev", "fucking beautiful" or "King Cora", playing gigs and releasing records in Switzerland as well as in several european countries. In winter 2011 the band recorded a demo and started gigging through 2012. In December 2012 they started recording an album which will be released in October 2013. King Legba & The Loas music is a wicked brew of riffrock, spiced up with a dash of Blues and Punkabilly. Some people call this "Vintage-Rock", others call it simply "Rock'n'Roll". However, it's a sweaty, wild mixture perfectly suitable to get an audience going. They call it "Voodoo injected Rawk'n'Roarl"!
facebook
Releases:
King Legba And The Loas