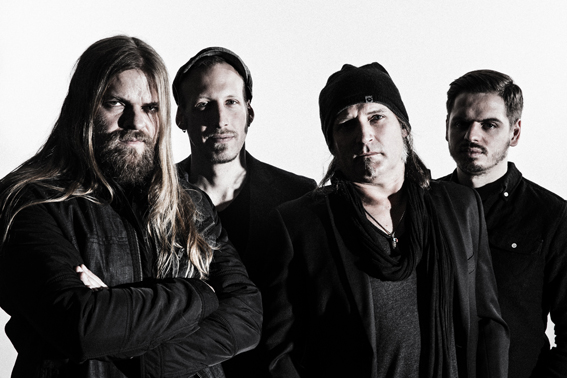 Though they decline to like to be called such, the term supergroup fits the new band NEO NOIRE perfectly well. Founded by rock masterminds Frederyk Rotter (Zatokrev, The Leaving) and Thomas Baumgartner (Gurd, Undergod.) the furious swiss rock outfit is completed by Franky Kalwies (ex-Disgroove) and David Burger (ex-Slag in Cullet). Their yet untitled debut album will be released in autumn 2016.

NEO NOIRE impress with mixing different styles from alternative and post/psychedelic rock with metal, while at the same time they bridge the gap between these genres. The band celebrates their very own form of hybrid rock in a way that recalls the golden age of bands like Samshing Pumkinpins or Jane’s Addiction in the 90s - but without all the gaudiness these bands were trapped in and awe-inspiring transferred to the present day.